The result was an interesting and playful pattern of three female bodies (from an aerial perspective) bending forward in the classic yoga child’s pose and the lotus flower (which often symbolizes a connection with the earth and the heavens, a principle echoed in the yoga discipline). 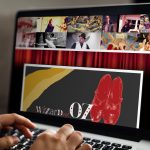 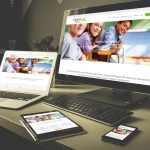